It’s another newsletter repost, so please forgive me if you get both….

It is the first day after the solstice and the monsoon is is still trapped up in the clouds, pressing the heat heavy on to our heads. In a few weeks the sky will break and we will be deliciously soaked for weeks and weeks.

I arrived in Nepal a few days ago after graduating from my Master’s in Social Work this spring, and it is a pretty interesting point in time to be here.  Over the course of the last year, the government of Nepal has gone through a major restructuring, with power being distributed from the central level out to newly-formed provinces.

We have a front-row seat to this transition: working with local level governments in rural areas.  Our big goal is to impact policy and establish oral health services at the community level throughout the public health system in Nepal, so we are constantly getting new footing based on changes in Nepal’s ever-shifting government. The fiscal year ends in mid-july, so during this season our tiny staff of four is busy riding around on motorbikes and variously getting out to the villages we work in to meet with local leaders who are planning their health budgets for next year.  The key mission of course is to make sure that funding gets allocated to sustain the dental clinics we’ve set up in rural government health posts.

The twist is that at the moment, with the entire Ministry of Health changing, all the rules are up in the air.  Who is responsible for allocating funding from the federal to provincial governments?  What are the budget headings?  When will funds be provided to provincial governments?  Will the District Public Health Office still exist in the second quarter of next year?

Nobody is entirely sure.

So anyway, that’s what we’ll be working on this summer.

From my side, today was the first day I arrived at our office in Pokhara, and we had a long jam session trying to predict how political forces in the country will affect health care in rural villages.  Then it was time for the main show- heading home with some tennis rackets, DVDs, and a lot of candy.  My first order of business was getting Aidan and Pascal to play tennis inside the house, because I can be relied upon to help with childcare, and then we went to play frisbee in the square and eat ice cream.  We’ll go up to Kaskikot tomorrow. 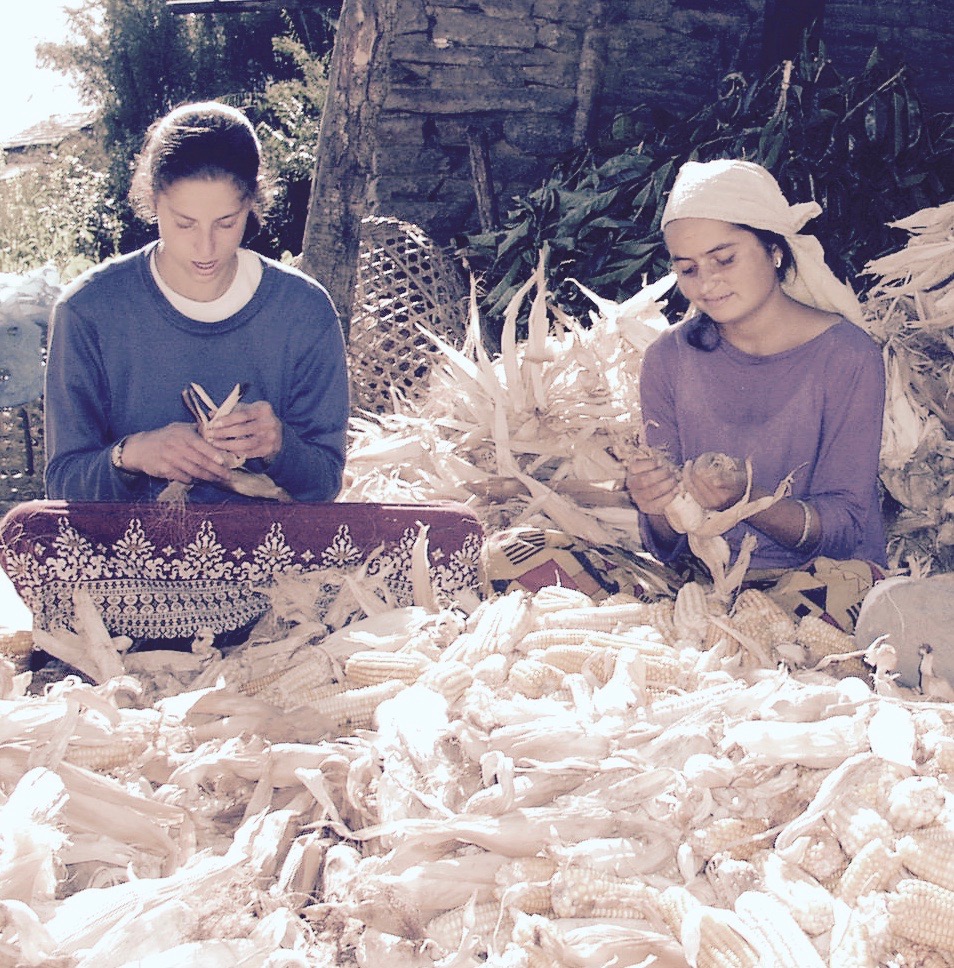 It has to be said that as I re-enter beautiful country that has welcomed me as a daughter without asking any questions, the borders of the U.S. are heavy on my heart.  As always, I casually purchased my visa upon arrival in the Kathmandu airport.  At our office, everyone wanted to know what on earth is going on in America. The papers say that New York is receiving many stranded children, including in Harlem just a stone’s throw from where I lived and taught art in schools for many years. I find myself thinking about the years I have spent in Nepal, and how they began one afternoon when I arrived at two-room plastered mud home and Didi was standing by the sewing machine and I asked if I could move in to the house. The best spaces were cleared out for me. The tiny rice pot went from thirds to quarters. I could have been anywhere on the planet, I wasn’t running from anything, I had alI needed and nobody asked why I presumed to eat out of that little pot, which was filled with food that had been laboriously cultivated from the ground.  I had nothing to offer except my curiosity.

It is particularly jarring to look back across the ocean at the news from here; in a way, the politics blur with distance.  But the shame is crushing.  This world is so very magical when its doors are open.

The summer has begun…stay tuned.