The chain of events that led to the UCSF Global Oral Health Symposium included, somewhere in the middle, a very serendipitous conversation about baskets.  But let’s start at the beginning.

Two years ago, when our work was going through a big transition and I was trying to identify exactly what it was about in the long-term, I happened to meet Tula Ram Sijali. He leads a research organization based in Pokhara and was a trove of knowledge about the broader health care system in Nepal, including well beyond our focus area of oral health. When we changed our name to Jevaia Foundation shortly afterwards, I asked Tula Ram to join an informal advisory group.

A few months later, Tula Ram introduced me to his boss, Michael, who was in Pokhara overseeing a project. We’d been hearing about Michael for about a year: he was a public health researcher at Berkeley who was the principal investigator on a few studies in Nepal. At the time, I was pulling my hair out trying to set up a research partnership with a university. So when Tula Ram brought Michael to our office on one of Michael’s visits to town, Aamod and I prepared ourselves to meet a bigwig academic from the prestigious halls of Berkeley. Michael turned up wearing sandals, easygoing and friendly, and sat on the roof drinking tea with us and talking about how much we all love Nepal.

We told Michael about our work in oral health (ok fine, I gave him a thinly clad pitch for Berkeley to start doing research on oral health in Nepal) and Michael told us that he was

launching a new project.  He’d been shocked to see women in rural Nepal carrying heavy loads twice their own size, slung from their heads by ropes, and wanted to study the impact of this on their bodies.  But seriously, had I seen this? It looked brutal! Michael had already purchased a basket and rope and brought it back to an ergonomics lab at Berkeley.

Listen, I said, you really need to know me.

Also, if there’s a basket study happening, I need it in my life.

As you can see, we hit it off quite well.

When Michael got back to Berkeley, he introduced me by email to the head of Global Oral Health Programs at UCSF. Who turned out to be…my classmate Ben Chaffee from Williams College. Now he’s Dr. Ben Chaffee and he introduced me to Dr. Karen Sokal in the Joint Medical Program at UCSF and Berkeley, and Karen was responsible for organizing our university research collaboration last winter. The rest is history. 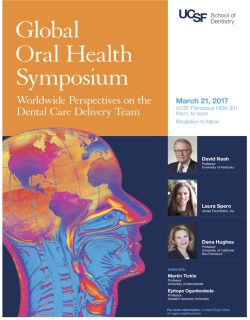 Mean time, to return to the punch line of this story, Dr. Chaffee invited me to be a keynote speaker at UCSF’s annual oral health symposium in March. This year’s theme was to be “global perspectives on the health care delivery team.” I would be the second of two keynote speakers.  The first was by Dr. David Nash, who I’d heard of and met the evening before the event.  He’s a congenial doctor from Kentucky working to advance the role of dental therapists in the U.S., a comparable effort to what we are doing in Nepal, although our version takes some decidedly unconventional turns.

All of this brings me to the podium in front of over a hundred academics at one of the best medical schools in the country, barely a year after Tula Ram introduced us to Michael, and just two short years after I was feeling rather lost about our long-term goals.

I spent weeks preparing my talk, but I also understood there was only one presentation I could give. As soon as Dr. Chaffee invited me to present, I said so. Mainstream professionals don’t always warm up to our work because it challenges established definitions of expertise and seeks to reorganize institutions that many people are invested in. Put simply: if you spent eight years going to dental school and getting a PhD, you might not clap your hands at the idea of community health workers in rural Nepal taking a two week training and then opening dental clinics. And I can understand why.  However, that’s also the only thing I can talk about.

There’s also the reality that the Academy, like other structures central to the development of medical systems, is oriented around various credentials that I don’t have. While the other speakers were medical professionals and researchers, I have a Master of Fine Arts in creative writing. I can really only claim to be a storyteller.  But Dr. Chaffee assured me that it would be a welcoming, progressive audience, and of course it was a huge honor to be invited. So off I went.

Most of the time, being a little bit of a weirdo outsider is basically just awkward. But every once and a while, it’s completely exhilarating. The response to my presentation, Rural Oral Health Care in Nepal: A Rights-Based Approach, was, from my point of view, comparable to arriving at a party wearing stilts and discovering that everyone had been, without entirely realizing it, just hoping somebody would show up on stilts. The talk can be viewed here beginning at 54:30. I barely had time to eat a strawberry at the reception because so many people wanted to ask me questions. I was invited to co-lead a workshop called “Delivering Improvements in Oral Health in Low Resource Settings” at a conference in Delhi next October.

But it was also so much fun. There were the photographs of our technicians, team leaders, teachers, and the kids in our school programs, a collection of images I’ve essentially memorized, projected on a large screen before a brand new audience.  As I said in my discussion, these are communities that do not get a voice in the ivory tower. What I realized was that it was the perfect moment to be a storyteller. To be able to talk about something that you do partly because you think it’s a good idea, but mostly because you love the people.  Anyone can disagree with a thing, but how can anyone disagree with people?  I saw how much eagerness there is for something surprising, human, and manifest.  I felt like what I had to say was not tolerated but welcomed.  Maybe that shouldn’t have felt as odd as it did.  But I’ve spent so many years plugging away in Nepal that it was a bit of a shock to watch the story unfold here in California, and realize how…much of it there is.  I think I was the most surprised person there.

And at the same time, I guess wasn’t.

I also got to reunite with Michael, who provided an update on the evolving basket-carrying study.  Dr. Karen and many of the students from last winter attended the symposium, and Bethy was in town for a conference that began the next day. She and Karen and I had coffee together after the talk, and then I lay on a bench in the sun, collecting my thoughts. My heart filled with gratitude.  I had the feeling that over a decade of work had come lightly to rest on a bench under the sunny San Francisco sky, and for just a second, this whole journey made sense. There have been so many false starts, disappointments, rejections and failures.  Here was one of those rare instances of rest.  We’d landed on something.

Then, I got up to wander the city for a few hours.  You can’t just sit there, or the magic evaporates.  Besides, it was a lovely afternoon, and surely there were gems on the sidewalks. 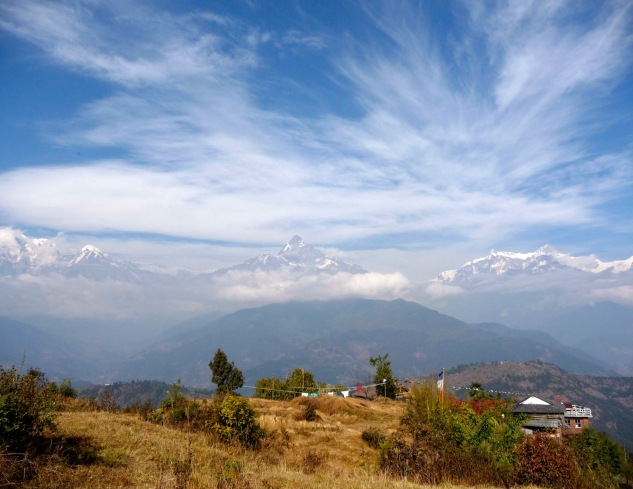