During the hot summer of 2001, I was drawn to Nepal by the Mountain. Also, the mountains–these grand Himalayas where the world places so much of its imagination–but mostly, the Mountain itself. At some point in young adulthood I began reading books about Everest, and I simply knew I would go. It was never about climbing it, but about following it. Because, as my mom would say, it was there.

I never could have understood nineteen years ago that the road to the Mountain would be so much longer and more magnificent than I had imagined. I originally visited Nepal with an international group that was studying medicinal plants, and during that muggy August week in Kathmandu, I optimistically rented a bike and made a 36 hour journey into the unknown that foretold something of the road ahead. I didn’t know what a vast constellation of adventures lay before me in the decades to come, or about the family and community that would adopt me as a daughter, or the public health project I would unintentionally co-found to address an issue about which I had no expertise. So many cut fingers and thunderstorms and shelled peas and paint-splattered clothes lay between me and Mt. Everest. But in recent years, my heart has wandered back to that horizon, which has remained an untouchable idea, visible in the real world only from a distance.

This winter I knew, with the same certainty that first brought me to Nepal, that it was time to visit Everest at last. So I called up my oldest (by time, not age) Nepali friend Pemba Sherpa, who was on the cook and porter staff of the medicinal plant study group back in 2001, when we were both in our early twenties. Pemba has since become an extremely successful tour guide, and at a hotel in Kathmandu he produced for me a backpack, a pile of gear, and instructions to take on my journey. We played with the oximeter and found my oxygen sats to be 95 while sitting in Kathmandu. I downloaded an offline map and purchased a plane ticket to Lukla.

I’ve decided to post my eight day trip to Everest Base Camp as a separate travel journal. But before it starts, let’s begin at Fire and Ice Pizzera in Thamel, where Pemba and I reminisced over dinner the night before my trip began. We jumped back to August 2001, when we met, and from there travelled backward through the chapters of his incredible life.

Pemba was born in a village in Solukhumbu called Soloban. In the 1980s there was no school in Soloban and Pemba spent his days herding, even during the snowy winter months.  I remember him telling me once, “my feet were like rocks!” His herds used to take him from time to time to Lukla. Once, Pemba stayed a hotel for a some days while his goats grazed there, and the hotel owner told him that if he wanted to, he could consider getting hired as a porter for tour groups coming to trek in the Everest region.

Soon after, fifteen year old Pemba decided to leave Soloban without telling anyone. He went to the hotel and said he was ready to work. It was the mid 1990s and there were no phones or regular means of remote communication. It would be six years before he saw his family again.

With the lights of Fire and Ice Pizzera bouncing off wine glasses, Pemba recounted how the hotel owner assigned him to porter on a fifteen day tour with a Spanish group.

His wage was two dollars a day. Among Pemba’s jobs was to bring tea to the guests in their tents each morning. There was one guest who didn’t drink tea, but every day when Pemba presented this guest with the tea tray through the opening of the tent, the man would put a 200 rupee tip–about two dollars–in the teacup. This continued for the whole trek: the guest never drank tea, but every day he tipped Pemba two dollars. Four dollars a day for fifteen days was more money than Pemba had ever seen in his life.

At the end of the trip, the tour group produced a tip for the entire trek staff, and part of that went to Pemba. But in addition, he had made a special impression on the guests, and they pooled an extra $100 for him. And finally, he was gifted with several expensive branded down jackets that, at that time, were almost impossible to get in Nepal. He took that stuff all back to Lukla and sold it off and made another $300. He ended the two week trip with an unimaginable seven hundred dollars in cash. 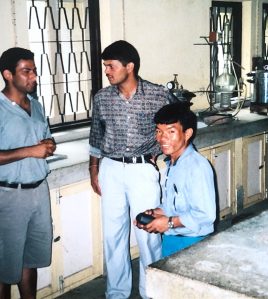 He ended up taking a bus to the city, living with a relative of the hotel owner, and working his way through the tourism industry. He began studying languages – English, Japanese, German. He had no way to contact his family back home, and his aunt was living relatively nearby in Boudanath, but there weren’t many people from Soloban in Kathmandu during those years and there was no way for the two of them to discover each other. One day a customer at the mountaineering supply shop where he was employed asked if he wanted to join the cook and porter staff of a plant study expedition for foreigners.

Pemba’s career took off in the following years. He speaks seven languages proficiently and has still never had any formal schooling. He runs a massively successful trekking business and has travelled to over forty countries. He has poured resources back into his home village of Soloban, rebuilding a school and helping to organize health care services. He was recently nominated to run for local political office. When I hiked to Soloban from Jiri Bazaar with Pemba and Prem in 2008 (the week our Aidan decided to show up twenty days early…), Pemba was received like a prince.

“Call me if you have any trouble,” Pemba said, as we bid goodnight. “The path is easy to follow. It has always been your dream.” 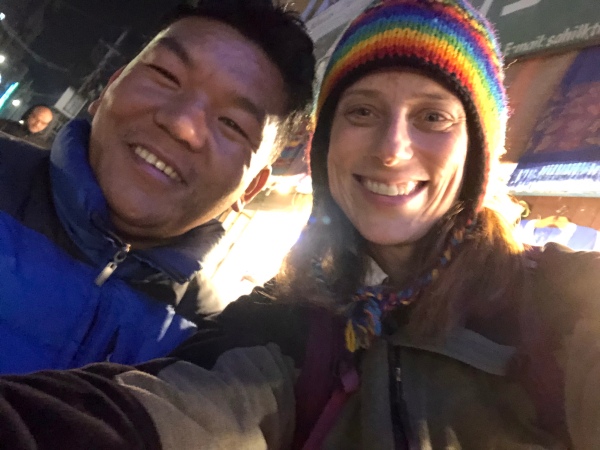